Home News How to Prevent and Relieve Migraines 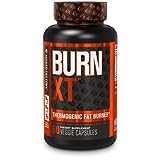 While headaches can be irritating, uncomfortable and sometimes even painful, it is important to differentiate between headaches and migraines. According to The Migraine Trust, a migraine is defined as a moderate to severe headache that is accompanied by side effects such as nausea and sensitivity to light and noise. These migraine attacks can last anywhere from four to 72 hours. The factors that trigger these migraine attacks can vary from person to person.

Consider these options for preventing and relieving migraines:

Keep A Migraine Diary
One of the best ways to better identify your personal migraine triggers is to keep a detailed record of when these attacks occur, The American Migraine Foundation advised. It should include the duration of your migraine, the severity and any external factors that may have played a role. It can be helpful to create what the foundation calls a “headache profile” to indicate how debilitating the migraine was on any given day.

After several weeks or months, you may be able to identify several patterns associated with your migraines and from there, start removing external factors thought to be playing a role.

Record Food Triggers
Dietary habits are thought to play a big role in triggering migraines. There are certain foods in particular linked to migraines including alcohol, aged cheeses, artificial sweeteners like Aspartame, preservatives, food dyes and caffeine, the Cleveland Clinic reported. Nitrates are additives found in some heart medications and packaged meats like bacon, hot dogs, pepperoni and deli meat. The food additive MSG, that is often found in packaged foods, soy sauce and Asian cuisine, is also thought to cause headaches.

Keep in mind that food triggers are different for everyone, so keep an accurate record in your migraine diary to help track which additives and ingredients impact you the most.

Make Changes to Your Diet
Both The Migraine Trust and the American Migraine Foundation conclude that analyzing your diet and making effective changes can help to relieve and prevent migraines. Removing processed, packaged foods and products high in preservatives and additives is a good place to start.

“Remove additives and preservatives from your diet for migraine relief.”

From there, consider how a primarily raw, plant-based diet can help minimize many of the side effects and triggers of migraines. Fiber, vitamins and plenty of water are important for keeping headaches at bay. The American Migraine Foundation advises lots of fresh fruits and vegetables. It’s also important to avoid skipping meals, as this has been known to trigger migraines. But instead of eating three big meals each day, consider eating five or six smaller meals.

Relax and Supplement
When migraines strike, it’s helpful to have a few remedies to ease the pain as soon as possible. As Prevention magazine explained, ice packs can help soothe the intensity and bring down inflammation. Try lying down in a dark room with an ice pack over your eyes. Supplementation has also been shown to bring migraine relief. One study showed that a vitamin B2 supplement helped reduced frequency in several patients after a few months.

To experience relief from migraines today, identify your triggers.

How to Prevent and Relieve Migraines

Get the facts on migraine relief.

Can Diet Play a Role in Delaying Menopause?

Diet may be able to slow the onset of menopause.

To ensure your children leave the house and return in the utmost health, you must encourage them to take care of their immunity and follow habits that build the body’s defense mechanism and self-healing abilities.

What Norman Walker Can Teach You About Healthy Living